Battle of the Billionaires

Leaked Bloomberg opening debate statement, discovered by TobiLeaks. Apparently, it was hidden in a recipe book in a small Upper Eastside restaurant.

Donald, let’s get right to it.

I’d like to talk about your failed presidency, an inevitability given your track record over the past 50 years.
To refresh that “perfect memory” of yours, let me present some facts.
Your football league, the USFL failed. Your Atlantic City casinos failed.  Trump Airlines failed. Trump Magazine failed.  Trump University failed. Trump steaks failed.  Trump ties failed. Trump wines failed. Your charitable trust has been closed by the courts.  Your TV reality show was cancelled.  U.S. banks stopped lending to you in 1995.  Along the way, your personal jet and your personal yacht were repossessed.
Moving on to your more recent history,
You have not delivered a promised healthcare replacement for Obamacare.  Mexico is not paying for the border wall as you promised.  There is no jobs bill on the horizon.  The deficit has reached all-time highs, month after month.  The steel and coal industries have not been revived, as you promised.  Nearly all the Congressional and gubernatorial candidates that you campaigned for have lost.
Speaking of which you lost the Republican majority in the House in the first election after your election.
I could go on, but there are time limits and I will respect them.

I will conclude by stating that you are failed businessman, a failed TV reality show host and a failed President. You do not deserve to be re-elected. The Nation, the American people and the world can no longer suffer your inadequacies. 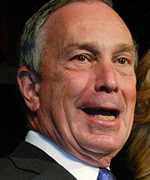 I am an expert on: